There is no update yet to a new public iOS 11 Jailbreak.But as to the several demonstrations so far in view, we belive an update soon. And as always, we see Pangu Jailbreak active in researching vulnerabilities and exploiting with hopes of building Pangu iOS 11 Jailbreak. If Pangu iOS 11.2 going to reach the public, it will be chance for a lot to get with Cydia benefits.

Pangu team just released Pangu 9.1 version 1.3.0 for untethered jailbreak iOS 9.1 through 9.0 running Apple devices. This is breaking Pangu team's silence after several iOS upgrades. Pangu 9.1 is the only jailbreak tool for iOS 9.1 at the moment and world renowned jailbreak developers have certified it as a clean tool with latest Cydia update. This time Pangu team has developed Pangu 9.1 directly with English interface instead of Chinese. Pangu MAC version is also released. Check following sections for Pangu 9.1 tutorials, download links and error handling guides.

The latest Pangu jailbreak by team Pangu is Pangu iOS 9.2-iOS 9.3.3. And we expect a soon update of Pangu iOS 11.2 giving user the complete jailbreak solution with Cydia Download. We could expect that to be another semi-untethered jailbreak session which involves Cydia impactor download and the IPA. 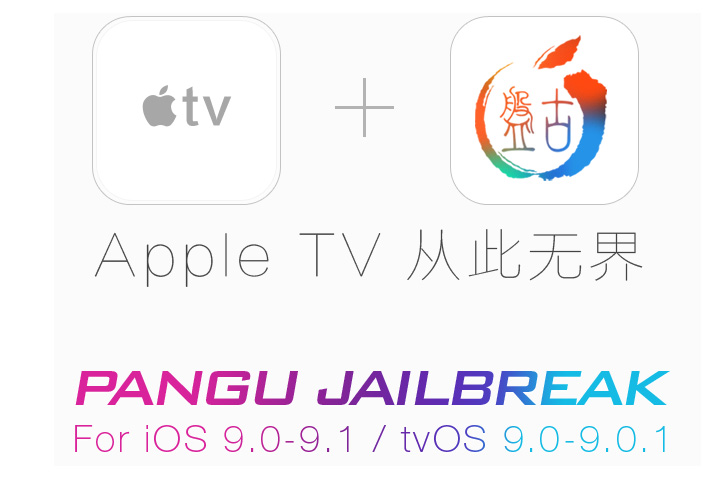 We have a solution for Cydia fans who doesn't use a computer. You can download Instant jailbreak app directly on your iOS device and proceed with Cydia download. iOS 7.0 through 9.3 supported. Download it here.

Apple has released two major successors for iOS 9.1 particularly iOS 9.2 and 9.3. As we mentioned above Pangu no longer works on iOS 9.2 as well as no pangu jailbreak for iOS 9.3 either. Apple has patched the exploit which used by Pangu for inject jailbreak codes into iOS 9.1 when they upgrade iOS 9.2 and 9.3. Therefore we will have to stay a little more until someone develop a new tool. iOS 9.3 seems to be more stable than other iOS 9 versions since it came out along more than seven beta testing versions. The possibility of new jailbreak for iOS 9.3 is higher if it gets more adoption rate within Apple users.

You can easily upgrade your device for iOS 9.3 at the Settings > general > software upgrade. But we advise not to do that right now if you love to continue using Cydia on your iPhone iPad or iPod which is already installed. iOS 9.2 users are also better to hold on since sometimes iOS 9.2 will be jailbreakable early if any exploit patched on iOS 9.3 and remains in iOS 9.2.

The latest Pangu jailbreak one can reach is Pangu iOS 9.2-9.3.3. The tool runs semi-untethered jailbreak with Cydia impactor Download and the IPA. It can process through Windows, Mac or Linux with proper USB connections. But in case if you sign with free Apple ID, you should go with the updated option under "Start" from which you can prevent expiration until a year. And it will give the same results, if you sign with the paid developer ID. However, you should remember to resign with jailbreak in everytime you boot as rebooting makes your back none-jailbroken state.

Apple TV 4 jailbreak released by Pangu team for the 1st time. This is the only jailbreak for Apple TV 4. This tool can jailbreak tvOS 9.0 - 9.0.2 Apple TVs and remember that this version doesn't have an user interface so you would have to use SSH to the device. Jailbreaking Apple TV using Pangu tool is bit complex process. Please find the complete step by step Apple TV jailbreak guide here

Pangu 8 is the best freeware to jailbreak iOS 8 untethered. There is no any alternative jailbreak tool supported for iOS 8 jailbreak.You can download pangu 8 and jailbreak any iPhone, iPad or iPod running iOS 8 through 8.1 including iPhone6, iPhone 6 plus, iPad mini 2 and iPad air 3. Download Pangu 8 final version if you are still running iOS 8.x.x

Now it's best time to jailbreak your iOS 8 devices. Pangu and Cydia both had several updates for bug fixes and enhancements in last few days. Now it seems to be stable. Saurik also mentioned that in his tweets. Meanwhile Apple releasing beta versions of iOS 8.1.1 which should definitely patch up Pangu 8 exploits. So you are better to upgrade your device to iOS 8.1 and jailbreak with Pangu 8 while iOS 8.1 been signing. Otherwise you'll have to end up with iOS 8.1.1 without jailbreak.

Prepare your device for Pangu 9 Jailbreak

How to jailbreak with Pangu9

if failed to jailbreak several times.

When Pangu 9.3.3 comes latest to the public view since a long time, we see no updates from Pangu 10 or Pangu iOS 11. But if team Pangu going to continue working with reserching and exploiting, there can be some hope for the road ahead of Jailbreak iOS 11. We can expect a new session as Pangu iOS 11.2 jailbreak on which Apple now rests.

Pangu 9 is developed by Pangu team.

We don't hold any responsibility of Pangu 9 download. Download Pangu 9 and jailbreak iOS 9 at your risk. We don't have any copyrights of Pangu 9.